“Don’t sell this national treasure to private interests that will charge more for less service,” union says ahead of Tax Day events 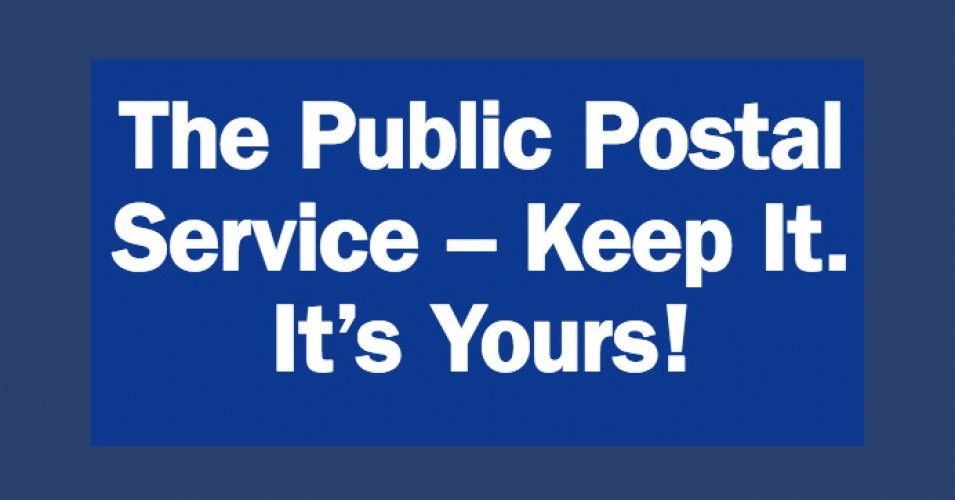 U.S. Postal Service workers will hold a day of action Monday to reject a Trump White House proposal to privatize the service.

“Our message to the public is quite simple. ‘The United States Postal Service—Keep it. It’s yours!'” said Mark Dimondstein, president of the American Postal Workers Union (APWU), in a statement. “Don’t sell this national treasure to private interests that will charge more for less service.”

The workers’ message, which they plan on delivering outside over 100 locations across the nation, is actually twofold. In addition to rejecting privatization—as well as a “franchising the mailbox” proposal floated by a White House task force, they want to dispel the myth that the USPS is funded through tax dollars. It’s a timely message given that Monday is Tax Day.

Putting the postal service in private hands would be bad news for customers, who’d face service cutbacks and higher prices, the union says.

To amplify its message, the union also just released a video entitled “We Deliver Almost Anything.”

To explain the looming threat, the U.S. Mail Not for Sale campaign, a project of APWU and the National Association of Letter Carriers, states:

On June 21, 2018, the White House’s Office of Management and Budget (OMB) released a restructuring proposal for the federal government. The proposal, “Delivering Government Solutions in the 21st Century,” delivered misinformation without ever consulting the United States Postal Service (USPS) and, if implemented, would end regular mail and package services at one affordable price, delivered to all 157 million addresses six days a week—regardless of geographic location. The OMB proposal takes direct aim at the USPS under the guise of reforming and structuring for the 21st century.” […]

The White House USPS Task Force Report, released on Dec. 4, outlines the first step of the OMB’s privatization proposal—restructuring the USPS to fatten it up for sale.

Recommendations like shuttering post offices, reducing delivery days, and relinquishing the sanctity of the mail that mailers and household have come to trust and rely upon are unlikely to be the commercial panacea the task force suggests they may be.

Indeed, rising costs and worsening service would hasten the public’s retreat from the Postal Service, leaving higher costs for those left behind. It’s a classic death spiral scenario and should be rejected by everyone—mailers, organizations, and regular household users—that relies on the Postal Service’s affordable, nationwide network to market, exchange goods and information and conduct their affairs. It should be especially concerning to the most vulnerable across the country, especially those in rural and remote areas, the poor and underserved and veterans who especially rely on postal delivery of life-saving medicines.

Instead of setting the Postal Service up for failure, we believe that lawmakers, postal management, and other stakeholders should aim for a more robust, faster, smarter, and more valuable Postal Service. We all ought to ensure that the Postal Service remains truly essential for decades to come. Doing so requires visionary leadership about the role the postal system plays in the collective life of the country and in finding new ways of fulfilling the long-standing mission of the Postal Service to “bind the nation together.”