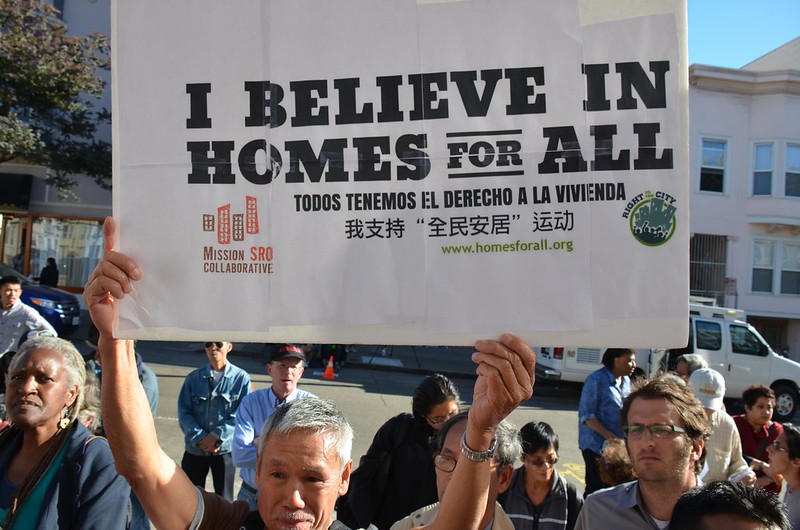 “The federal government cannot say that it has ever before invoked its power over interstate commerce to impose a residential eviction moratorium. It did not do so during the deadly Spanish Flu pandemic. Nor did it invoke such a power during the exigencies of the Great Depression. The federal government has not claimed such a power at any point during our nation’s history until last year,” wrote Judge John Barker of the  U.S. District Court for the Eastern District of Texas.

Barker added that “the federal government’s Article I power to regulate interstate commerce and enact laws necessary and proper to that end does not include the power to impose the challenged eviction moratorium.”

He also challenged the the idea that renting is an economic activity. Barker wrote in his ruling that “although a person’s residence in a property may have a commercial origin, that alone is not enough to make the regulated activity itself economic in character.”

Barker did not issue an injunction, prompting Diane Yentel, president and CEO of the National Low Income Housing Coalition, to tell renters not to panic.

“THE MORATORIUM IS STILL IN EFFECT,” she tweeted. “The judge did NOT issue an injunction. But he may in near future. The CDC must appeal immediately.”

“Several other federal courts elsewhere across the United States have rejected similar challenges seeking to block the moratorium, which temporarily has halted eviction proceedings for millions of tenants across the country,” Reuters added.

The CDC eviction moratorium “to prevent the further spread of Covid-19″—first issued in September under former President Donald Trump and extended through March by the Biden administration—wasn’t without flaws, social justice advocates say, given loopholes that have meant thousands of tenants have still been booted from their homes, leaving them with eviction records that could “haunt” them for decades.

The CDC moratorium has saved lives. But how many more would have been saved if it didn’t have such giant loopholes and other weaknesses? Time to get serious about fixing it: evictions = death. Make it self-executing. Make it universal. https://t.co/BPy9aD3dSC

Judge Barker was confirmed by the U.S. Senate in 2019  over the objections of hundreds of civil and human rights organizations who called him a “conservative ideologue who has devoted the last several years to restricting voting rights, LGBT equality, immigrant rights, reproductive freedom, environmental protection, and fairness for criminal defendants.”

With the tireless efforts of Sen. Mitch McConnell (R-Ky.), who controlled the Senate over four years as Majority Leader, Trump was able to successfully appoint 226 federal judges during his administration.