“The WTO’s hyperglobalization rules shaped a global economy that is not working for most people, and it’s due time to replace them.” 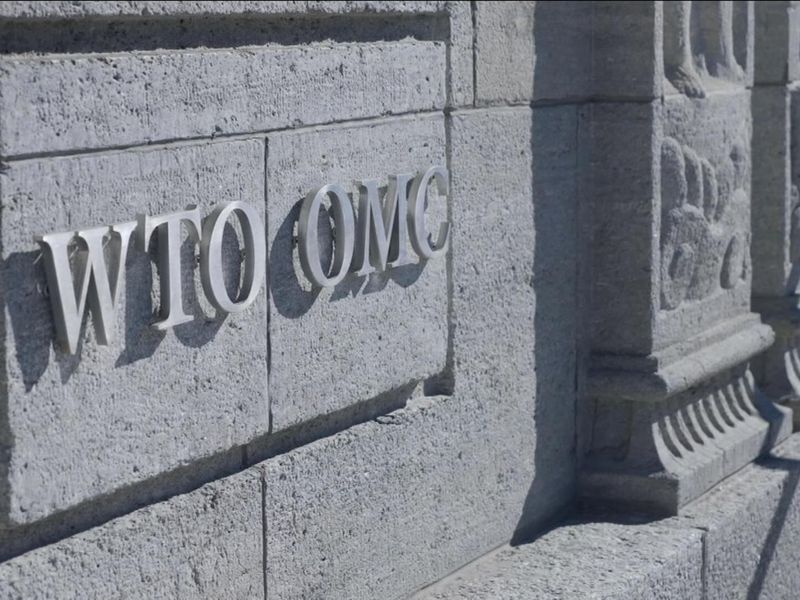 More than 200 environmental groups, labor unions, and civil society organizations from 67 nations sent a letter to global heads of state on Wednesday demanding “transformational change” at the World Trade Organization, a relatively new institution that critics say is structurally inadequate and much too corporate-friendly to confront the planet’s most pressing challenges.

“The Covid-19 pandemic has exposed how the WTO model exacerbates insecurity, inequality, and instability,” argues the coalition, which includes Public Services International, Third World Network-Africa, and Public Citizen. “Legitimate global commercial rules should facilitate the improvement of the livelihoods, health, and wellbeing of all people around the world and the long-term survival of the planet. The WTO system has not met these goals: It was never fit for purpose and certainly is not now.”

Since its official founding in 1995, the WTO and its member nations—sometimes in the face of mass popular protests—have established international frameworks for global trade, intellectual property, and dispute settlement that have frequently rewarded big business interests at the expense of public health (pdf), the climate, and workers.

Critics have long highlighted and decried the undue influence that large corporations wield over the WTO, which in 1995 implemented an intellectual property regime—Trade-Related Aspects of Intellectual Property Rights (TRIPS)—that is now at the center of the global fight over coronavirus vaccine access. Pfizer, a U.S.-based drug company and major vaccine manufacturer, helped shape TRIPS and is now reaping the benefits.

Led by South Africa and India, a group of more than 100 nations is demanding the temporary suspension of certain sections of TRIPS to enable generic manufacturers to produce coronavirus vaccines for the developing world, much of which is struggling to gain access to lifesaving shots.

But the proposal—first introduced in October—has repeatedly been blocked by rich WTO members, including the United States, the European Union, and the United Kingdom. With the WTO set to consider the idea again next month, the pharmaceutical industry is ramping up its lobbying blitz against the proposed patent waiver in the hopes that wealthy countries keep up their opposition.

The WTO operates by consensus, meaning a handful of rich countries can stonewall proposals with broad support among member nations. The new WTO director-general, Ngozi Okonjo-Iweala, has acknowledged the need for changes at the organization, but critics argue her “third way” approach to the intellectual property issue would do little to fix staggering inequities in global vaccine access.

In its letter on Wednesday, the civil society coalition cites the WTO’s intellectual property regime as a telling example of the institution’s “rules that prioritize corporate rights and profits.”

“WTO intellectual property rules that are designed to maximize pharmaceutical corporations’ profits instead of public health have driven up prices for medicines that are essential to combat Covid-19 in scores of countries and could become a barrier to equitable and universal access to vaccine and treatment supplies,” the letter reads.

The groups go on to contrast the WTO with “the original global trade body—the International Trade Organization that was envisioned in the Havana Charter of 1948 in response to the horrors and chaos of World War II—focused on full employment, limiting corporate concentration, fair competition, protections for workers, and standards to ensure currency and other related policies did not distort trade.”

“The choice is not between the status quo or no trade,” the letter continues. “The question is what multilateral framework can be inclusive, promote real sustainability, human rights and prosperity for all, and deliver the benefits of expanded trade to most people, while also providing our elected representatives the policy space to promote the public interest. One example is the Geneva principles for a global Green New Deal.”

Lori Wallach, director of Public Citizen’s Global Trade Watch, said in a statement Wednesday that the global coronavirus pandemic and resulting economic collapse have “laid bare the damage the WTO has wrought—from brittle, hyperglobalized supply chains to expansive monopoly protections that have made the world less able to protect people.”

“The Covid crisis was a stress test that exposed what many people in countries around the world already knew,” said Wallach. “The WTO’s hyperglobalization rules shaped a global economy that is not working for most people, and it’s due time to replace them.”