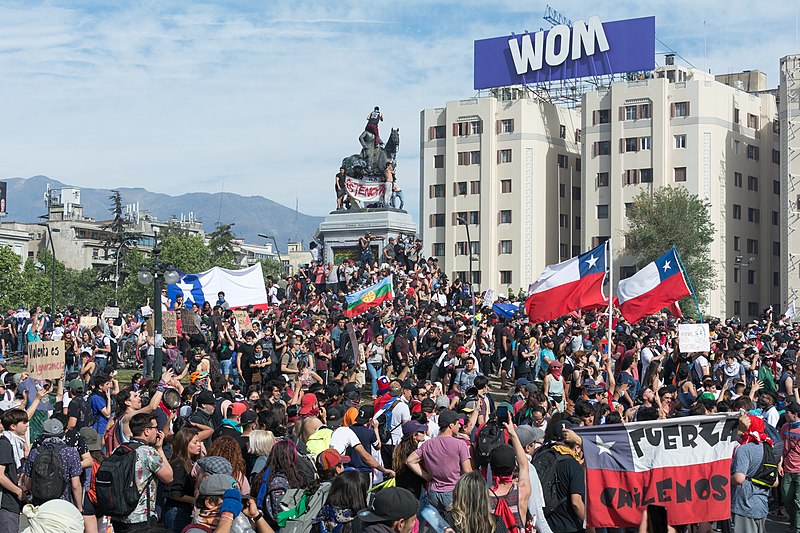 Incorporating data going back to 2017, the latest update to the firm’s civil unrest index (CUI) shows that the last quarter of this year “saw more countries witness an increase in risks from civil unrest than at any time since the index was released,” the analysis states. “Out of 198 countries, 101 saw an increase in risk, compared with only 42 where the risk decreased.”

“With more than 80% of countries around the world seeing inflation above 6%, socioeconomic risks are reaching critical levels,” the analysis explains. “Almost half of all the countries on the CUI are now categorized as high- or extreme-risk, and a large number of states are expected to experience a further deterioration over the next six months.”

In a separate index, measuring government stability within countries, the firm found that 42 nations saw an increased risk of having their governments challenged or toppled compared with 27 countries where it dropped. The analysis says that “although the negative trend is less marked than for civil unrest, rising food and energy prices will make it more difficult for governments to manage popular discontent.”

“Over the coming months,” the firm is now warning, “governments across the world are about to get an answer to a burning question: Will protests sparked by socioeconomic pressure transform into broader and more disruptive anti-government action?”

The world is seeing an unprecedented rise in #civilunrest as countries are hit with rising #food and #energy prices. Using our Civil Unrest Index, we have analyzed where the #risk of civil unrest is predicted to increase over the next half year. Read more: https://t.co/vxhjpLkLsY pic.twitter.com/DD2YXRNgs1

As Jimena Blanco, the company’s chief analyst, put it: “We’re talking about numerous powder kegs around the world simply waiting for that spark to be ignited. We don’t know where that spark will come first.”

However, she told The Guardian, “the situation is so bad in places like Haiti, Myanmar, and Sudan that it is hard for them to become much worse. Therefore, countries in Europe that have to date enjoyed much more stable environments are likely to see bigger increases in risk.”

The analysis specifically raises alarm about Bosnia and Herzegovina, Switzerland, Netherlands, Germany, and Ukraine—which was invaded by Russia in February, and continues to endure a war with global repercussions, especially in terms of energy.

Echoing Blanco, Torbjorn Soltvedt, the firm’s principal analyst for the Middle East and North Africa, told Reuters that “over the winter, it wouldn’t come as a surprise if some of the developed nations in Europe start to see more serious forms of civil unrest.”

Describing expected unrest in an interview with Bloomberg, Blanco emphasized that “these are significant events in terms of disrupting everyday life,” and some emerging markets could see “rioting, looting, even attempts to overthrow the government.”

Blanco said political events in Latin America “may feed into drivers of unrest.”

Chile is preparing to vote on a new constitution, she said, and Brazil is heading into a polarized general election. “In Argentina the government is effectively collapsing amid ongoing unrest,” she added. “The question is whether the unrest will escalate into something more profound.”

Reiterating previous analysis, the firm said Thursday that in terms of government stability, “middle-income countries that were rich enough to offer social protection during the Covid-19 pandemic, but are struggling to maintain high levels of social spending during 2022, are likely to face the highest risk.”

“For governments unable to spend their way out of the crisis, repression is likely to be the main response to anti-government protests,” the analysis states, specifically pointing to Iran. “But suppression comes with its own risks, leaving disgruntled populations with fewer mechanisms for channeling their dissent at a time of growing frustration with the status quo.”

As an example, the firm noted the Turkish government’s attempt to criminalize independent economic data, while adding that “this is far from an isolated case.”

Verisk Maplecroft’s freedom of opinion and expression index shows that over the past two years, 66 countries have tightened restrictions. The analysis says that “Chile and Sri Lanka—both of which have been rocked by large-scale civil unrest this year—account for the biggest increase in risk for this issue.”