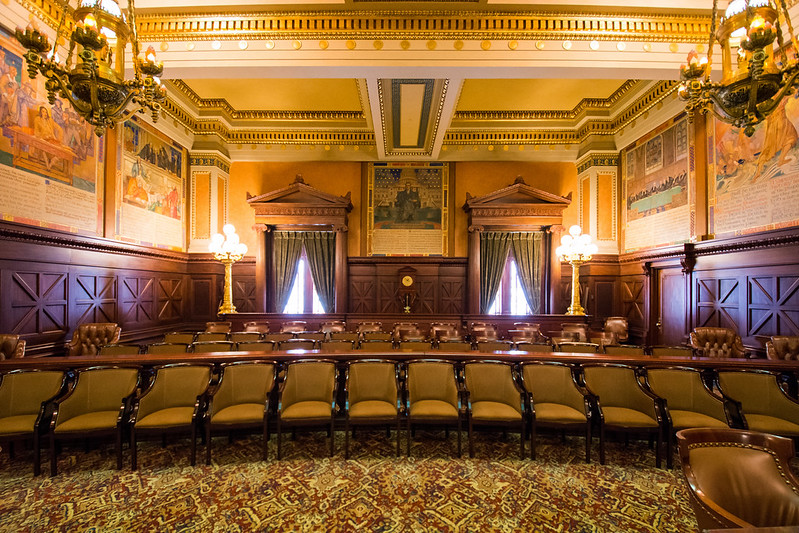 In a two-page order, the six-judge high court ordered election officials to “refrain from counting any absentee and mail-in ballots received for the November 8, 2022 general election that are contained in undated or incorrectly dated outer envelopes” even if they were received on time, pointing to two specific Pennsylvania statutes.

The judges—four Democrats and two Republicans—were divided on the question of whether excluding ballots inside improperly dated envelopes would violate federal law, as Acting Secretary of the Commonwealth Leigh Chapman has argued. The court was left with an even number of judges following the recent death of Democratic Chief Justice Max Baer.

In a recent filing, Chapman warned the GOP coalition was pursuing “an order that will disenfranchise thousands of qualified Pennsylvania voters, predominantly older citizens, because the voter omitted (or incorrectly wrote) a date that serves no function in the administration of Pennsylvania’s elections.”

“As a matter of both state and federal law, county boards may not disqualify ballots based on an omission of, or error in, the handwritten date,” the brief contended.

The Pennsylvania Supreme Court’s ruling to the contrary could have huge implications for midterm races in the battleground state, which could decide which party controls the U.S. Senate next year. The Wall Street Journal noted Tuesday that “the case has been one of the most closely watched voting law battles heading into the 2022 midterm elections.”

“More than 1.4 million voters in Pennsylvania have applied to vote by mail or absentee ballot this election,” the newspaper observed. “Experts on voting said the decision could affect tight races, including the U.S. Senate contest between Democrat John Fetterman and Republican Mehmet Oz… Some 70% of mail-in ballot requests as of November 1 were from Democrats.”

The ACLU of Pennsylvania, which sought to intervene in the case brought by the Republican National Committee (RNC) and other GOP organizations, expressed disappointment in the state court’s ruling on social media.

“No one should be disenfranchised for an irrelevant technicality,” the group tweeted. “Voters, sign and date your return envelope.”

We’ll keep fighting to make sure every valid vote counts.

In the meantime, here’s how to be sure that your mail or absentee ballot will be counted. ✅https://t.co/xGYcSghaVy

Republicans, meanwhile, hailed the ruling as a major victory as they work to suppress votes nationwide.

It’s not clear whether Pennsylvania officials will be able to appeal the ruling.

Amy Gulli, a spokeswoman for Chapman, told The New York Times that “we are reviewing, but the order underscores the importance of the state’s consistent guidance that voters should carefully follow all instructions on their mail ballot and double-check before returning it.”

Chapman’s office has been working in recent days to combat election lies peddled by state Republicans and amplified by former President Donald Trump, who is backing Mastriano and Dr. Oz.

In a recent post on Truth Social, Trump wrote that “over 240,000 ‘unverified’ ballots have already been sent out in Pennsylvania, a total mess.”

Pennsylvania’s Department of State responded with a notice pointing out that “this misinformation incorrectly conflates an application for a mail ballot and an approved mail ballot.”