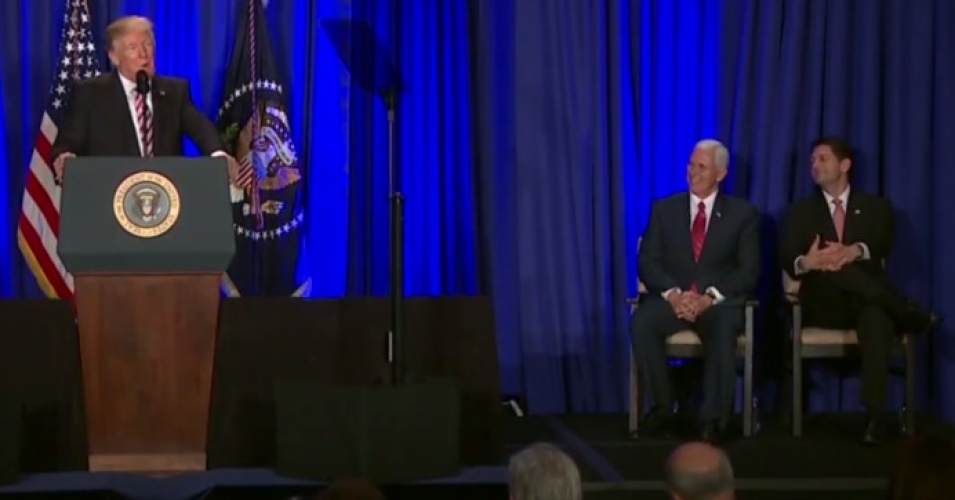 In Philadelphia on Thursday, President Donald Trump seemed to reassure his party that he supports right-wing budget priorities like those embraced by House Speaker Paul Ryan—whose past budget plans have been denounced as “cruel,” “draconian,” “a massive cut-off of state funds to the most vulnerable population in the country,” “going after what Americans want, on issue after issue,” and “a Koch brothers’ dream and the American peoples’ nightmare.”

“He’s writing his heart out,” Trump said, looking over at Ryan during his address at the Republican congressional retreat. “And we’re actually gonna sign the stuff that you’re writing—you’re not wasting your time.” To the room of GOP lawmakers, who erupted in whistles and applause, Trump continued: “He would write and send it up—and nothing would happen. But now it’s gonna happen.” END_OF_DOCUMENT_TOKEN_TO_BE_REPLACED