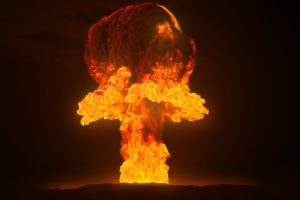 “If the nuclear-armed states take no immediate and concrete action on disarmament, then the global inventory of nuclear warheads could soon begin to increase for the first time since the Cold War,” Matt Korda, an associate researcher with the Weapons of Mass Destruction Program at the Stockholm International Peace Research Institute, said in a statement released alongside SIPRI’s annual report. END_OF_DOCUMENT_TOKEN_TO_BE_REPLACED

Figures like these are always debatable. What constitutes legitimate “aid” is a question everyone would answer differently. Furthermore, the $13 billion figure does not include the enormous weapons deal Saudi Arabia signed with Donald Trump in 2017, which will reportedly see the Kingdom purchase $350 billion over ten years. END_OF_DOCUMENT_TOKEN_TO_BE_REPLACED