“Even though they arrested us, we won’t stop our organizing, agitating, and legislating for justice,” declared Rep. Cori Bush. 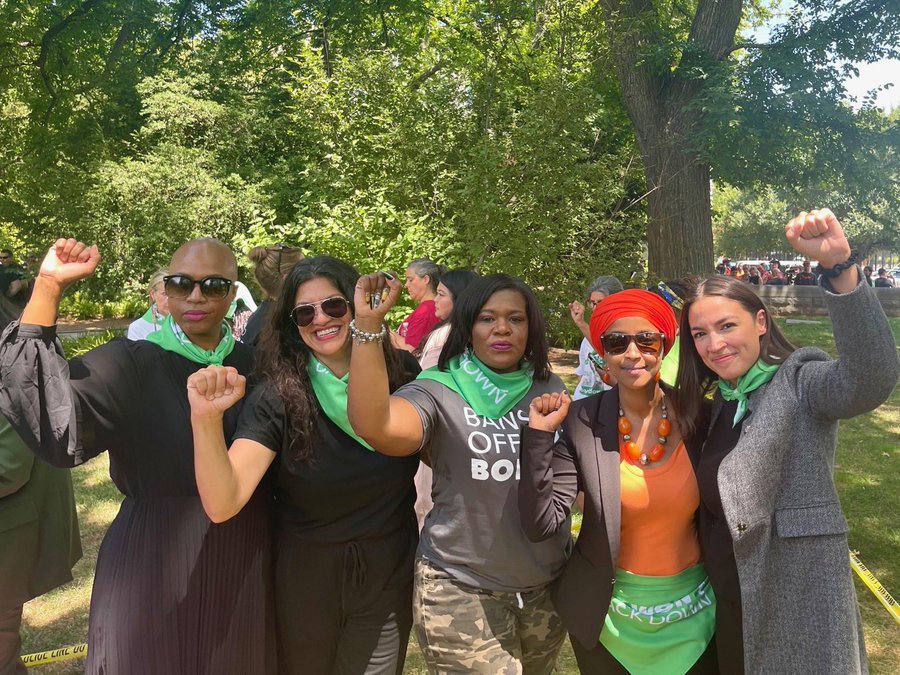 Several members of Congress were among the demonstrators arrested outside the U.S. Supreme Court on Tuesday while protesting right-wing justices’ recent ruling against the constitutional right to abortion.

“Today I was arrested in a civil disobedience action at the Supreme Court to protest Roe v. Wade getting overturned and the assault on reproductive rights across the country,” said Rep. Ilhan Omar (D-Minn.) in a statement.

Analilia Mejia, co-executive director of the Center for Popular Democracy Action, said that “today, the CPDA network and Democratic members of Congress sent a powerful message to Republican lawmakers and SCOTUS: We will not back down.”

U.S. Capitol Police confirmed in a tweet Tuesday that officers arrested 35 people, including 17 members of Congress, for “crowding, obstructing, or incommoding.”

“This Supreme Court has been relentless in stripping away our reproductive freedom and bodily autonomy, but we’re not backing down,” said Pressley. “Today, we put our bodies on the line to defend abortion rights because the stakes in this fight could not be higher.”

Abortion rights are human rights and I’m not letting up in this fight. pic.twitter.com/EImJaxHQIk

Pressley noted that “due to the cruelty and callousness of this court, millions of people now face insurmountable barriers to abortion care and the health of our most vulnerable—especially our Black, Brown, low-income, disabled, Indigenous, and LGBTQ+ siblings—is now further at risk.”

“I’m grateful to all of the advocates on the frontline of this fight who led us in peaceful protest today and have been leading this movement for generations,” she added. “Abortion rights are human rights, and we won’t stop fighting until our policies and budgets reflect that fundamental truth.”

One has a moral responsibility to push back against unjust laws.

Today, I am standing up for reproductive freedom and bodily autonomy in solidarity with the millions who have had their rights stripped away by inhumane policies. pic.twitter.com/EnS8YEbc8t

Today, I was proud to join my colleagues and take a stand for reproductive rights. Being arrested won’t deter us from this fight. We will not stop until we get these #BansOffOurBodies pic.twitter.com/13ugXB9I0F

Chants at the demonstration included “shut it down,” referring to the high court, and: “What do we want? Freedom! When do we want it? Now!”

Lawmakers and others in the road were warned, “Cease and desist or you will be arrested.”

@RepCori and her colleagues were just arrested standing up for our reproductive freedoms and right to abortion. #bansoffourbodies pic.twitter.com/u4h1mCKDjY

.@RepCori⁩ and several other Members of Congress protesting the far-right SCOTUS decision to overturn the right to abortion. pic.twitter.com/8Zd2yXhhi1

Bush—who on Monday introduced legislation to boost access to medication abortion—shared a photo of fellow “Squad” members at the demonstration and vowed that “even though they arrested us, we won’t stop our organizing, agitating, and legislating for justice.”

The Supreme Court will not stop us. Even though they arrested us, we won’t stop our organizing, agitating, and legislating for justice.

Today, Rep. AOC was arrested along with other members of Congress outside the Supreme Court for protesting in support of abortion rights. #AbortionRightsAreHumanRights pic.twitter.com/gvj9J1o5ic

Some of the participants invoked the words of the late John Lewis. The civil rights leader who became a Democratic congressman and represented Georgia for over three decades famously encouraged getting into “good trouble” when fighting against injustices.

Protesting injustice in our country is as old as our democracy itself; it is a cornerstone of our history, a principle of our nation, and a faithful mechanism for the will of the people to be heard. That is why, in the face of unprecedented attacks on abortion access and reproductive justice, like the draconian laws and anti-woman agenda we are seeing from the Texas state Legislature, Gov. Abbott, and the Supreme Court, I joined several of my colleagues in front of the highest court in the land to make good trouble.

My arrest today for civil disobedience was a small act in the centuries-long battle to ensure every woman has the freedom to make personal decisions with those they love and trust without politicians trying to control them. We stand on the shoulders of giants whose struggle against injustices everywhere lights the way forward: The fight didn’t start here, and it’s far from over.

Levin, the only male lawmaker arrested, tweeted that “I’m always down to stir up #GoodTrouble and fight for our rights. We cannot give in to this extremist, right-wing court. I’m angry and ready for ACTION!”

I’ve never been arrested before but I can hear the late congressman John Lewis imploring me to get in good trouble. We must be willing to speak out for patients who have the right to health care, and the fundamental right to bodily autonomy. pic.twitter.com/8AfGkXecXv

In a recent opinion piece for The Atlanta Journal-Constitution, Rep. Nikema Williams (D-Ga.) noted that July 17 marked the two-year anniversary of Lewis’ death. The congresswoman suggested that if her “friend, mentor, and predecessor” were still alive, “he would be moved to act, like he did throughout his entire life,” in response to “the Supreme Court’s cruel and damaging decision to strip more than half the country of their right to access abortion.”

The extremist Republicans are determined to take us back in time and take away our rights. They can arrest me, but we won’t allow them to arrest freedom. #AbortionIsHealthcare #BansOffOurBodies pic.twitter.com/EhywtkojrM

Watson Coleman pointed out that “on Friday, Democrats in the House passed legislation to protect the right to choose.”

Although House Democrats approved the Women’s Health Protection Act and Ensuring Access to Abortion Act, neither bill is expected to get through the Senate due to the filibuster rule and obstruction by the GOP as well as Sen. Joe Manchin (D-W.Va.).

I’m back on the Hill.

The attacks on our personal freedoms must stop. On Friday, Democrats in the House passed legislation to protect the right to choose. We’ll continue to fight until the right to bodily autonomy has been restored to all Americans.https://t.co/LkAqMG93E7 https://t.co/lboTpdDjSs

Maloney highlighted that while overturning Roe was a longtime ambition of Republicans in U.S. politics, they are not likely to stop there.

“The Republican Party and the right-wing extremists behind this decision are not pro-life, but pro-controlling the bodies of women, girls, and any person who can become pregnant,” she said. “Their ultimate goal is to institute a national ban on abortion. We will not let them win. We will be back.” 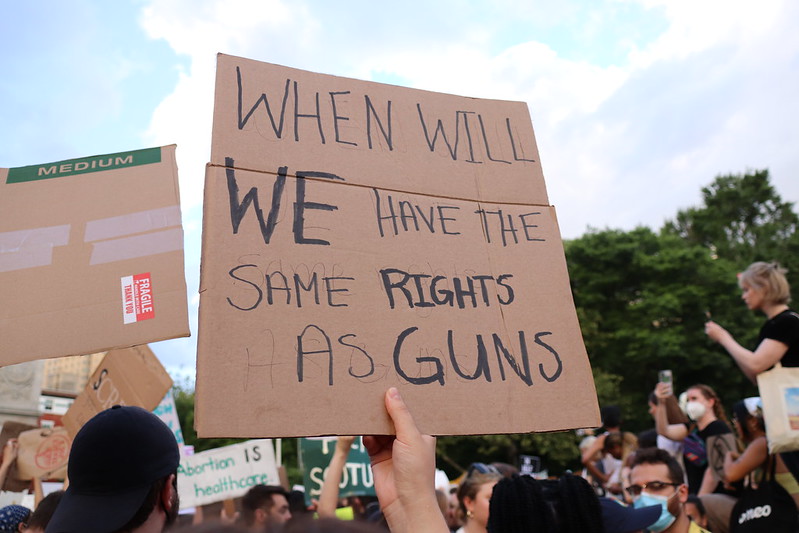 “Today 99% of House Republicans made clear they support forcing raped children to give birth to their rapist’s child,” declared the New Jersey Democrat after the House approved the Ensuring Access to Abortion Act in a 223-205 vote. END_OF_DOCUMENT_TOKEN_TO_BE_REPLACED 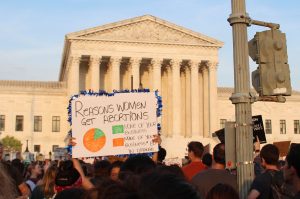 The New York Times, citing unnamed administration officials, reported Thursday that “some of the ideas under consideration include declaring a national public health emergency, readying the Justice Department to fight any attempt by states to criminalize travel for the purpose of obtaining an abortion, and asserting that Food and Drug Administration regulations granting approval to abortion medications preempt any state bans.” END_OF_DOCUMENT_TOKEN_TO_BE_REPLACED 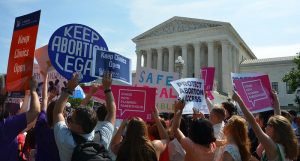 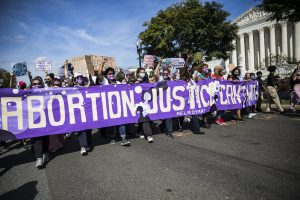 The Idaho Legislature on Monday became the first in the nation to approve a bill modeled after a Texas law that empowers citizens to sue anyone who “aids or abets” an abortion after six weeks. END_OF_DOCUMENT_TOKEN_TO_BE_REPLACED 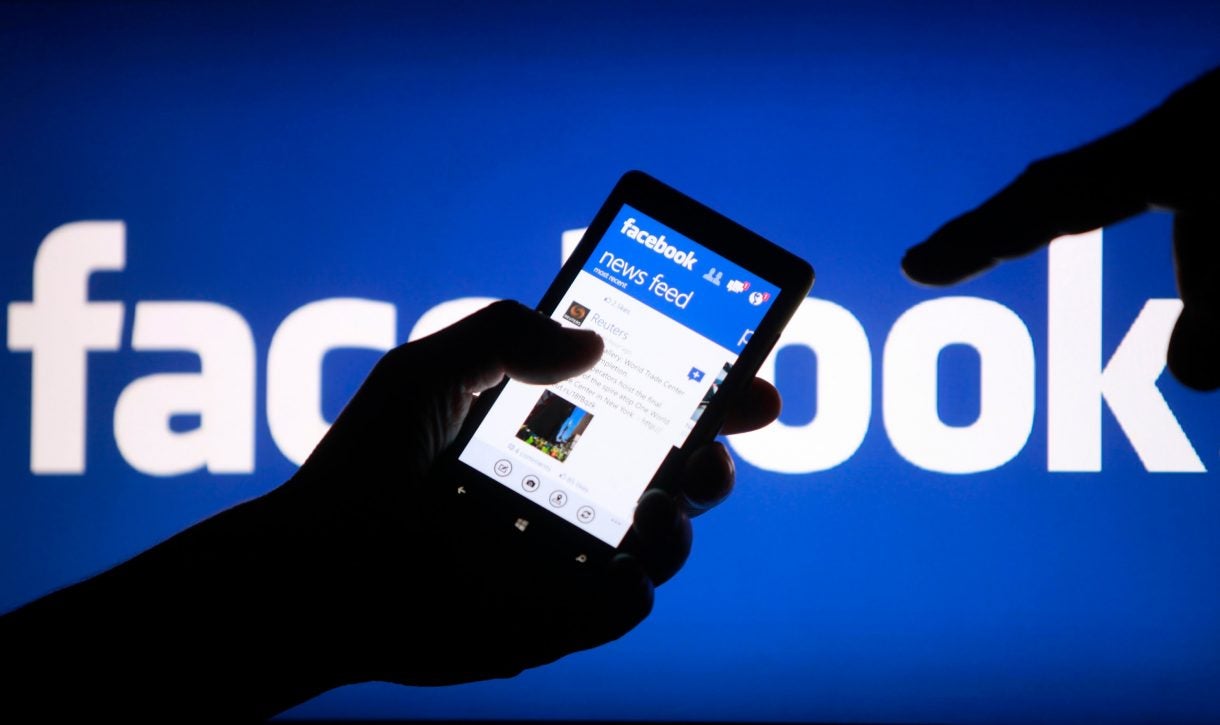 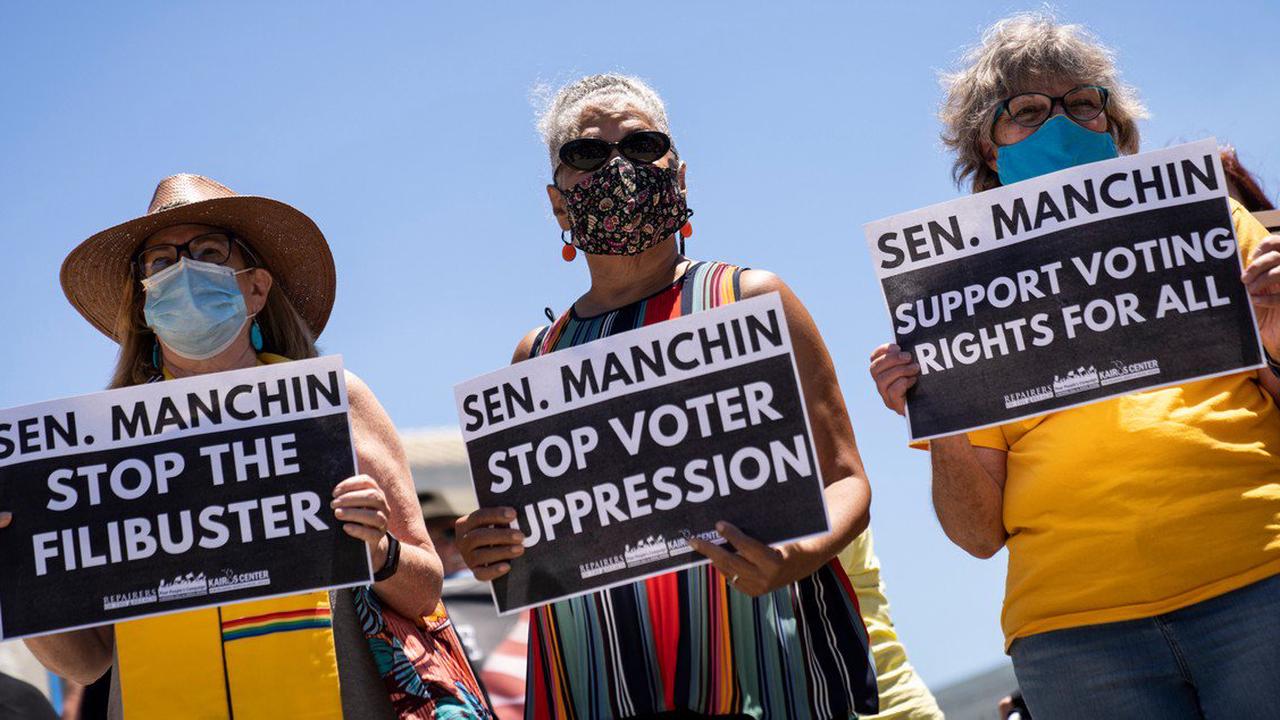 “Faced with the frightening prospect of the United States defaulting on our debt, the proposed solution is a convoluted legislative maneuver that highlights the Senate’s growing dysfunction,” said Sean Eldridge, president and founder of the progressive advocacy group Stand Up America. END_OF_DOCUMENT_TOKEN_TO_BE_REPLACED 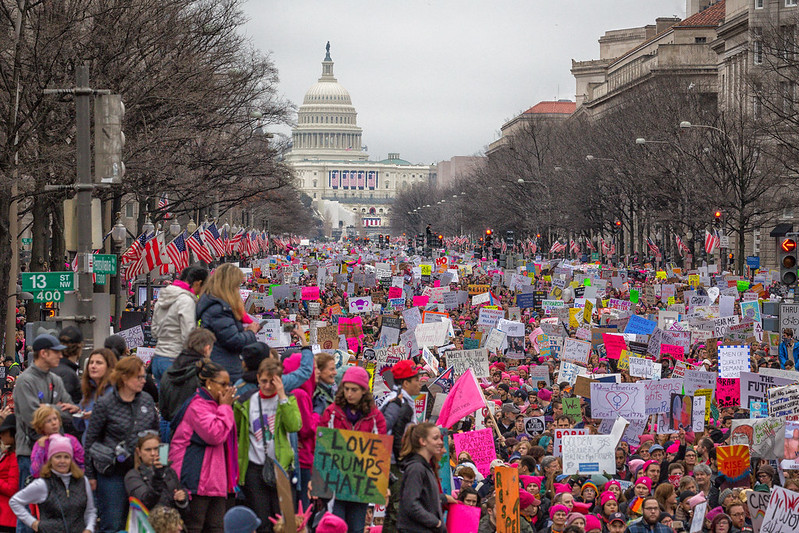 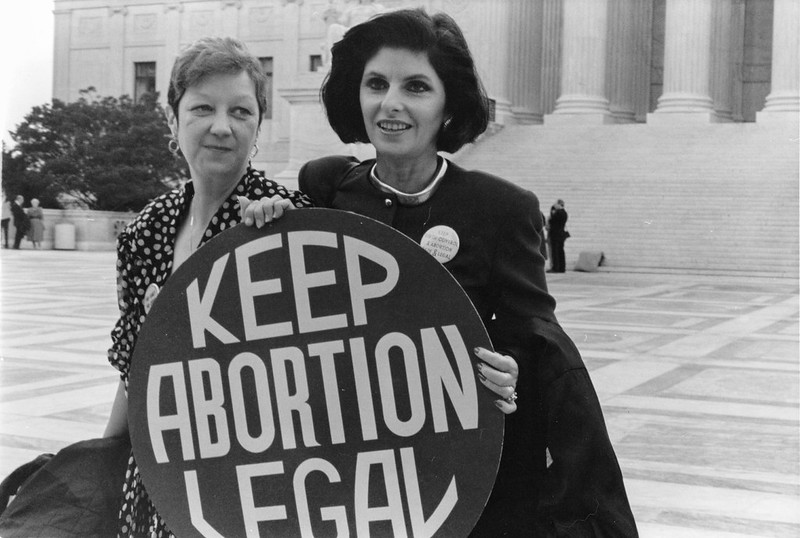 Concerns about the fate of the landmark 1973 ruling—which affirmed the constitutional right to abortion before viability—have mounted since former President Donald Trump appointed three right-wing justices to the nation’s highest court, giving conservatives a 6-3 supermajority. END_OF_DOCUMENT_TOKEN_TO_BE_REPLACED