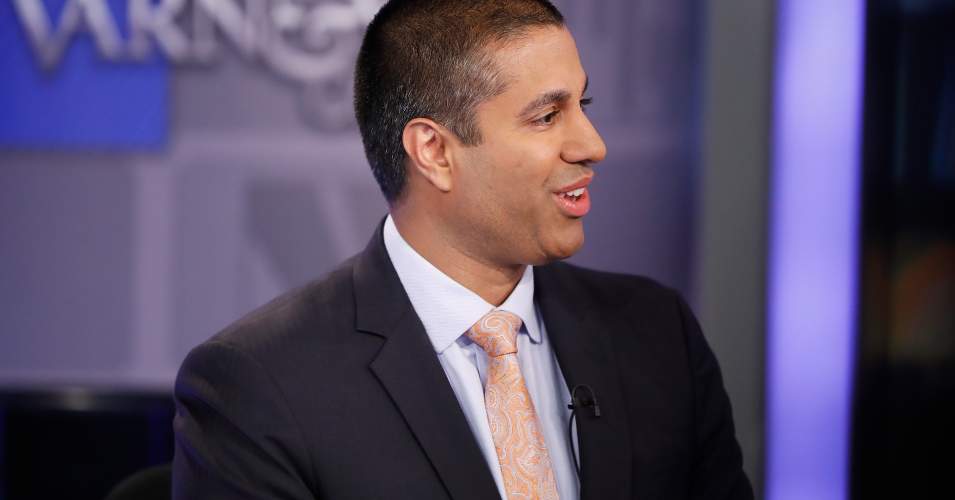 If pushed through, the letter warns, the move, spearheaded by Trump’s FCC chairman Ajit Pai, “would amount to the largest abdication of [the agency’s] statutory responsibilities in history.”
The lawmakers arged that Pai’s plan to gut net neutrality regulations represents an abandonment of its “primary responsibility to protect consumers and the public interest with respect to the nation’s communications networks.”
“In short, you are walking away from your statutory duties and effectively eliminating FCC oversight over high-speed internet access,” wrote the senators.

In the House, after hearing from many of his constituents on the issue, Rep. Mike Coffman (R-Colo.) became the first Republican to ask Pai to delay the vote and allow Congress to hold hearings on the issue, while Rep. Mike Doyle (D-Penn.) vowed to introduce a bill after the FCC’s vote, to roll back Pai’s new net neutrality policy.

Pai has proposed repealing Obama-era net neutrality regulations which prohibit Internet service providers (ISPs) from discriminating against web content. Without the rules, ISPs like Verizon, Time Warner, and Comcast would be able to offer a “fast lane” for wealthy Internet companies like Google and Facebook, allowing their content to reach users more quickly.

If the FCC, which consists of three Republican commissioners and two Democrats, adopts Pai’s proposal on Thursday, the panel will permit ISPs “to freely block, slow down, or manipulate a consumer’s access to the internet as long as it discloses those practices—no matter how anti-consumer—somewhere within the mounds of legalese in a new ‘net neutrality’ policy,” wrote the senators.

The new rules would also prevent states from implementing their own regulations, resulting in what the Democrats called a “gaping consumer protection void.”

In recent days, Pai has been dismissive of net neutrality supporters’ concerns over his proposal, calling dozens of consumer advocacy groups and the City of New York “desperate” after they sent him a letter about the vote last week. The groups urged him to delay the decision until a court case involving the Federal Trade Commission (FTC)’s right to sue telecom companies that mislead the public — including over net neutrality issues.

The FCC chair has also refused to turn over information to New York Attorney General Eric Schneiderman, who’s opened an investigation into whether fake comments were left on the FCC’s website during its public comment period on net neutrality. FCC commissioner Jessica Rosenworcel, a Democrat who supports open internet rules, has urged Pai to delay the vote until that inquiry is complete.