The report, which contains harrowing survivor testimonies, draws upon data from the U.S. military and the U.K.-based journalistic monitor group Airwars to name each victim, as well as when and where they were killed. The paper mentions “thousands” of civilian casualties since President Barack Obama launched the war against ISIS militants in Iraq and Syria in 2014, but focuses only on the approximately 1,400 deaths acknowledged by both the Pentagon and Airwars. END_OF_DOCUMENT_TOKEN_TO_BE_REPLACED

The Trump administration is set to rapidly withdraw U.S. military forces from northeastern Syria, where the U.S. has occupied around 30 percent of Syrian territory since mid-2016.

Editors’ note: The US has allied with the Kurds in 7 previous missions. This latest mistake by Trump will be number 8 in a long history of betrayal. The following announcement, made by Nancy Pelosi, is the tip of the iceberg of the catastrophic disaster that will unfold. ISIS has NOT been defeated.

In what is being characterized by some as a “drastic reversal,” reports in both the Wall Street Journal and the Washington Post have claimed that the Trump administration is set to rapidly withdraw U.S. military forces from northeastern Syria, where the U.S. has occupied around 30 percent of Syrian territory since mid-2016. The Pentagon has officially stated that there are 2,000 troops in Syria, though the true figure is believed to be closer to 5,000.

We have defeated ISIS in Syria, my only reason for being there during the Trump Presidency.

END_OF_DOCUMENT_TOKEN_TO_BE_REPLACED

Secretary of State Mike Pompeo and Defense Secretary James Mattis on Tuesday both called for all participants in the war to come together for peace talks within the next 30 days, putting a stop to a conflict in which Saudi Arabia and the United Arab Emirates (UAE)—with weapons, fuel, and tactical support from countries including the U.S. and U.K.—have killed 16,000 Yemeni civilians and displaced an estimated two million while leaving 22 million on the brink of famine. END_OF_DOCUMENT_TOKEN_TO_BE_REPLACED 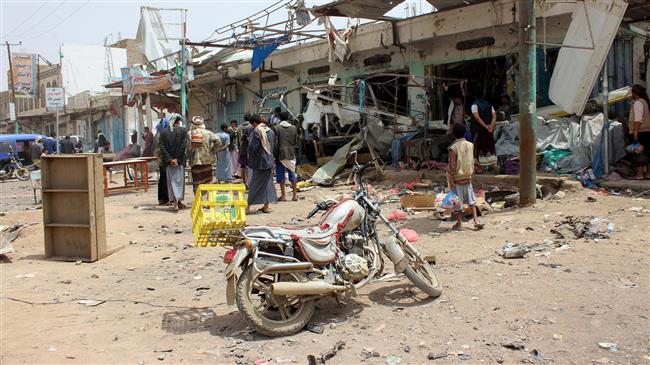 The Saudi-led coalition, which receives essential military support and intelligence from the U.S., “has repeatedly hit civilian targets—including schools, hospitals, funerals, and weddings—nowhere near military targets,” Lieu writes, pointing to an analysis by the Yemen Data Project showing that a third of Saudi bombings in Yemen have hit civilian targets. “I previously served on active duty as a JAG [Judge Advocate General] and a number of the coalition’s airstrikes look like war crimes.” END_OF_DOCUMENT_TOKEN_TO_BE_REPLACED

In a well-functioning democracy, Klay argues, citizens must debate and question how their elected officials employ their military, an organization which ought to represent the values of the people. But it seems many Americans remain unconcerned about the wars the United States is currently fighting (at last count, we’re bombing at least seven countries) though they foot the bill both in tax dollars and lives. END_OF_DOCUMENT_TOKEN_TO_BE_REPLACED

Esper, who holds a master’s degree from Harvard and a doctorate from George Washington University, has been Raytheon’s vice president of government relations since 2010. Before that, he held a slew of positions in both the public and private sectors. His resume is extensive, but The Hill managed to succinctly package the high points: END_OF_DOCUMENT_TOKEN_TO_BE_REPLACED