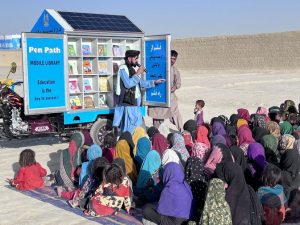 Wesa is the co-founder of PenPath, an NGO that works to reopen closed schools in the country’s rural areas – from the Spin Boldak district in Kandahar to Helmand province – and has so far educated more than 57,000 children. END_OF_DOCUMENT_TOKEN_TO_BE_REPLACED 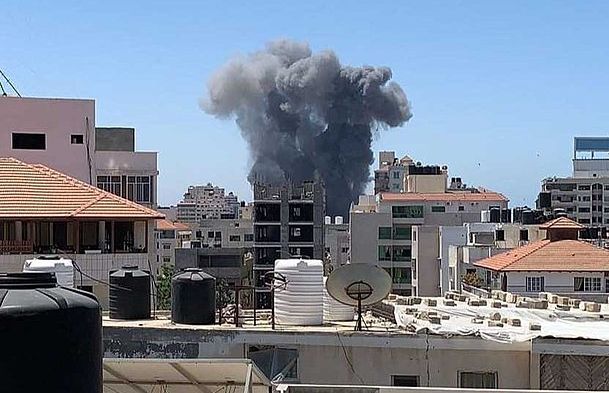 Israeli Defense Minister Benny Gantz’s “designation of prominent Palestinian civil society organizations, among them our colleagues in the Palestinian human rights community, as terrorist organizations is a draconian measure that criminalizes critical human rights work,” the groups said in a statement. END_OF_DOCUMENT_TOKEN_TO_BE_REPLACED

You have likely not heard of them, but Creative Associates International (CAI) is one of the largest and most powerful non-governmental organizations operating anywhere in the world. A pillar of soft U.S. power, the group has been an architect in privatizing the Iraqi education system, designed messenger apps meant to overthrow the government of Cuba, served as a front group for the infamous Blackwater mercenary force (now rebranded as Academi), and liaised with Contra death squads in Nicaragua. As such, it has functioned as “both as an instrument of foreign policy and as a manifestation of a broader imperial project,” in the words of Professor Kenneth Saltman of the University of Illinois, Chicago. END_OF_DOCUMENT_TOKEN_TO_BE_REPLACED

The NGO leaders came together at the World Economic Forum’s annual meeting in Davos, Switzerland to unveil a letter (pdf) they sent Tuesday to Andrew Sullivan, president and CEO of the Internet Society (ISOC), and Göran Marby, president and CEO of the Internet Corporation for Assigned Names and Numbers (ICANN). END_OF_DOCUMENT_TOKEN_TO_BE_REPLACED

The Arns Commission and the Human Rights Defense Collective delivered a note to Fatou Bensouda, prosecutor of the International Criminal Court in The Hague, this last Wednesday. Lawyers promoting the complaint reported to democraciaAbierta and other media that the document is 60 pages long and identifies 33 actions and official speeches of Jair Bolsonaro that might have a criminal character, as established by the Rome Statute, ratified by Brazil in 2002. END_OF_DOCUMENT_TOKEN_TO_BE_REPLACED